Everything You Need to Know About Bridal Shower Etiquette

Bridal Showers.  They seem straightforward enough on the surface.  They are a special time to celebrate the bride-to-be with food and gifts and fun, but as the host or honored guest, you may not know that there is also some etiquette to follow.  To help guide you through this process of planning, I’m sharing some helpful tips on bridal shower etiquette that you should know.

If you’ve never planned or hosted a bridal shower before, I’m sure you have some questions like who is supposed to plan for the party and who has to foot the bill?  Who gets invited and when do you invite those on the guest list?  Is there somewhere special the shower should be held and when is the right time to have the shower?  What about gifts?  How should they be handled.  Then there is the issue of theme…how you do decide that?  I’m answering all these questions today, so let’s get started! 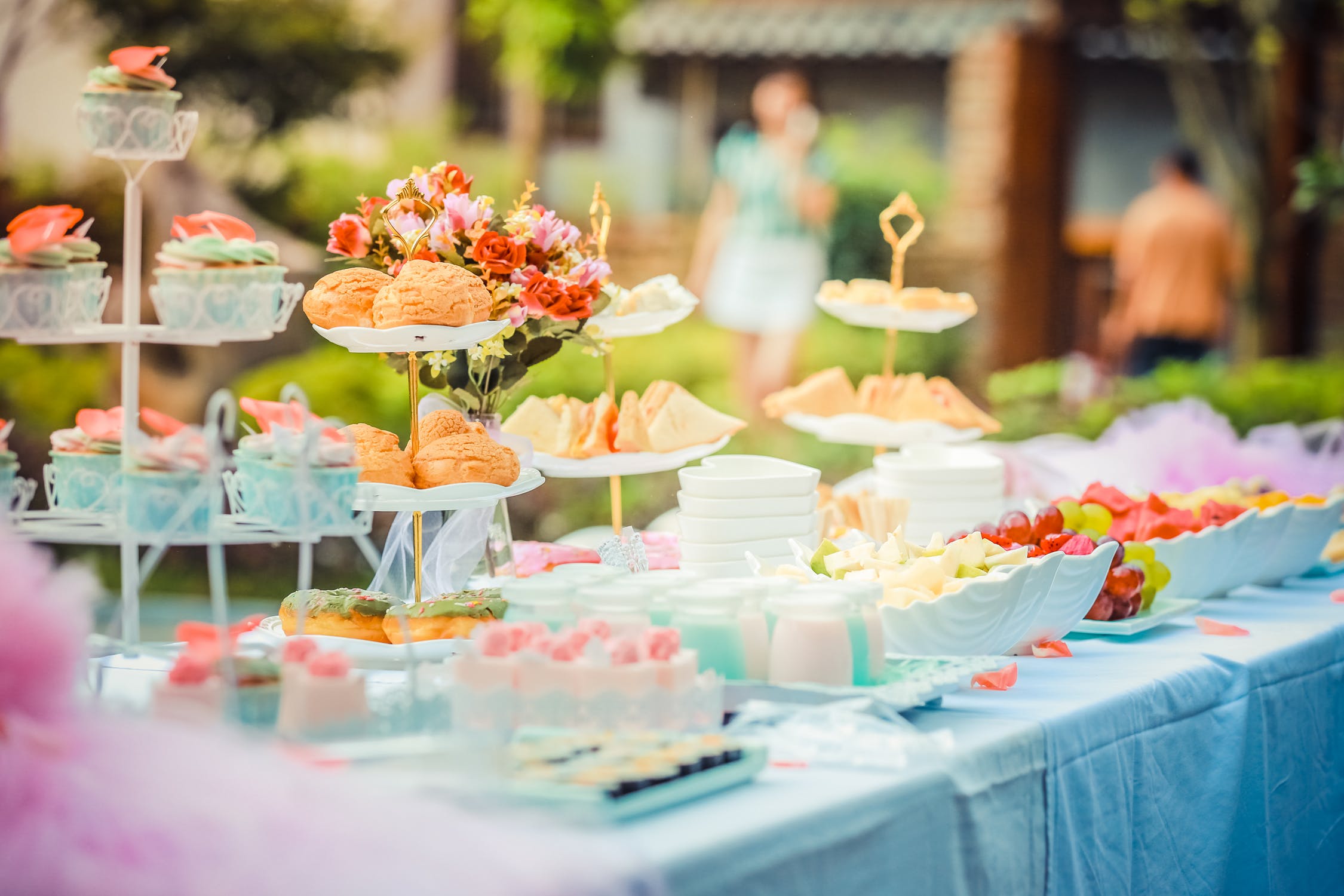 Who Hosts the Bridal Shower and Who Covers the Cost?

Traditionally, the Bridal Shower was not to be hosted by the Mother, Sister or Mother-in-Law or other close relatives though today it is much more common to see one of these family members host.  Quite often the Maid of Honor or even another close friend hosts alone or with the Bridesmaids.  The costs associated with the bridal shower are to be paid for by the host or hosts so as the host, having help means splitting the costs as well.

When Should the Bridal Shower Be Held?

There is not an absolute right time for the shower to be held however, as a general rule they should be planed sometime within one to three months of the wedding but can happen up to a couple of weeks before if needed.  It’s also pretty common today that brides have more than one shower for various reasons.  Hosts of the different showers should be sure to consult each other on dates and guest lists so there isn’t any overlap.  It is common for Bridesmaids, mom and mother-in-laws to be invited to all showers.

Where Should the Bridal Shower be Held?

Bridal showers can really be held anywhere from someone’s house (usually the host’s) to a restaurant, park, or other venue.  It can even be a destination event if it makes sense for the budgets of those attending.  No matter what location is chosen, it is most important to consider the costs to those attending so that no one has to miss this special time simply because they can’t afford it. 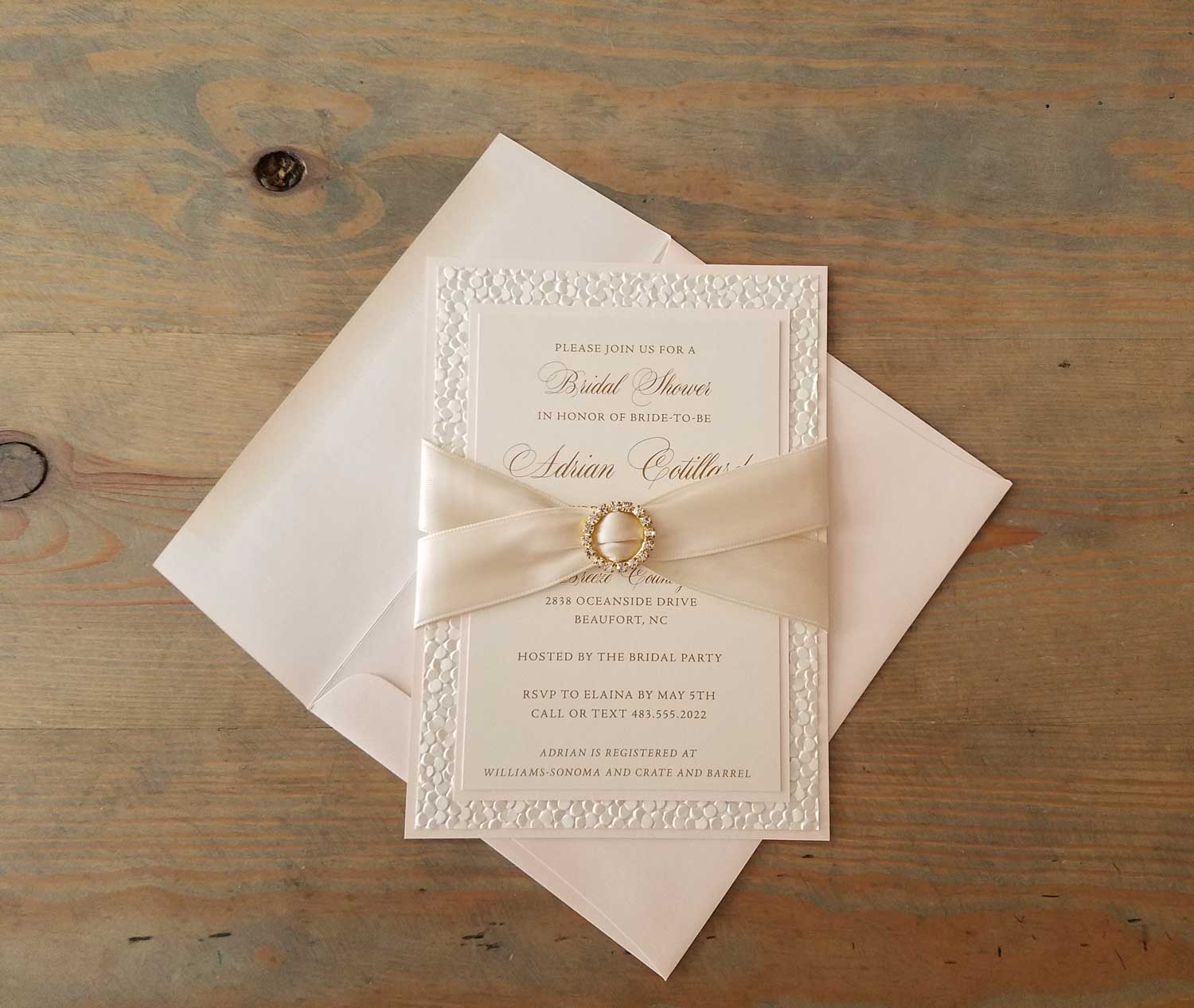 Who Should Be Invited and When to Invite Them

Invitations should be ready and mailed out 4-6 weeks before the bridal shower.  While I always recommend sending a physical invitation via snail mail, if there are guests that will need to travel, sending electronic save the dates is totally acceptable.

Bridal Shower guests are generally meant to be the Bride’s closest friends and family and should already be on the wedding guest list.  As the host, it is wise to check with the bride to make sure you know who she would want invited.  You should also coordinate with any other hosts of other bridal showers so that there are not duplicates.  Exceptions would be the maid of honor, bridesmaids and maybe even the mother-of-the-bride and mother-in-law.

The only exception to the wedding guest rule would be if co-workers wish to throw a shower for office people only as a way to celebrate with the bride even though they will not all be attending the wedding.

How Should Guests Be Invited to the Bridal Shower?

As mentioned above, most experts still highly recommend sending a physical invitation via snail mail over an e-vite of some kind.  Whether you DIY invitations or buy pre-made options, bridal shower stationery seriously runs the gamut!  From simple and sweet to luxury, high-end designs, from letterpress options that are classic and timeless, to fun themed options; there is something out there to suit every style and budget. 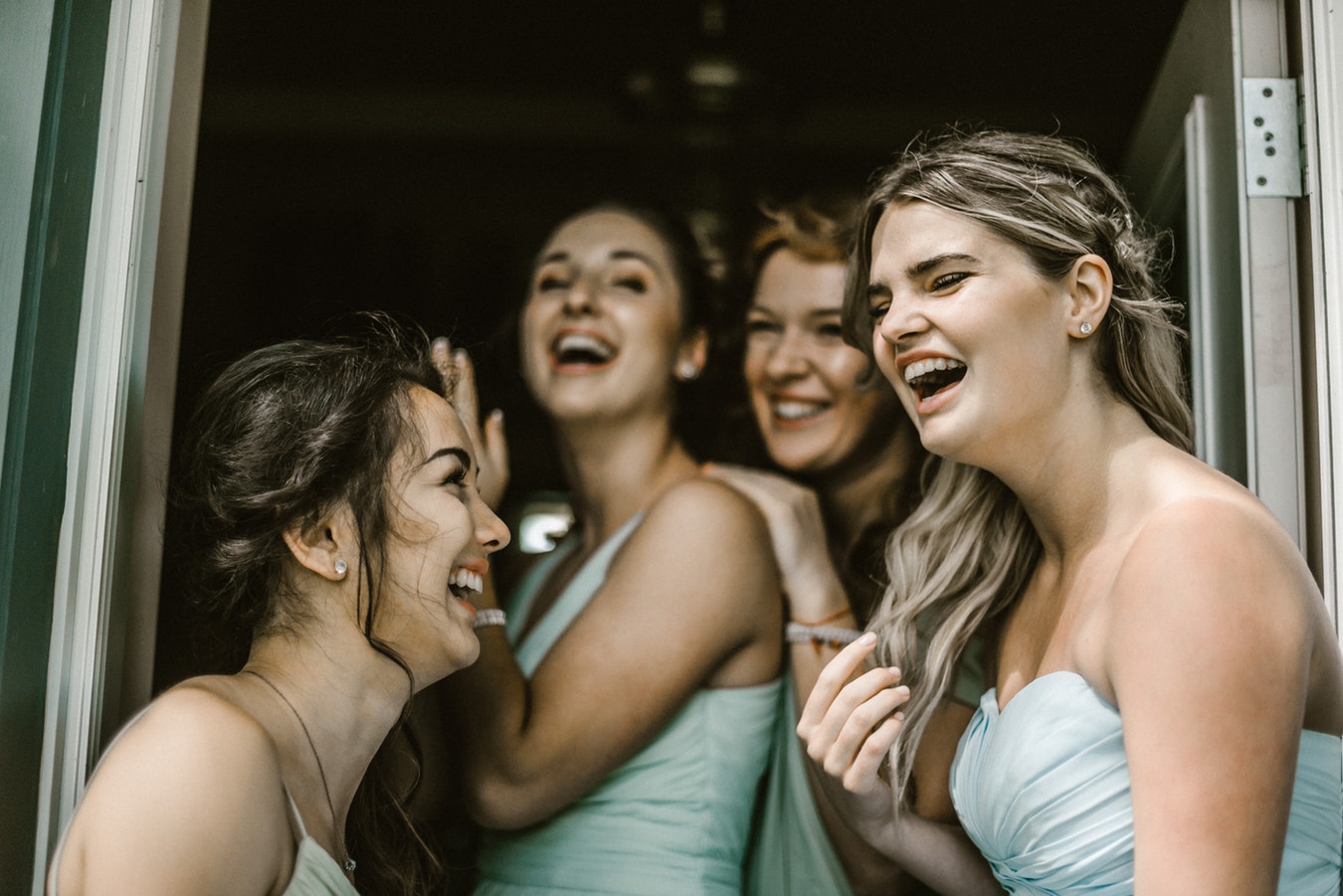 Are there any Bridal Shower Traditions that Shouldn’t Be Forgotten?

Historically there are a few well known traditions to keep in mind but I suggest making your own as well if it feels right.  One common tradition done at most showers I’ve ever been to is making a bouquet of our the shower gift ribbons and bows to use as a “stand-in” during the rehearsal.  The Bridal Shower is also often the time for the Bride to receive her “something new, something old, something borrowed and something blue”.

Another one I’ve seen mentioned is the groom arriving with flowers right before or after the opening of gifts.  This is said to be a great opportunity for family and friends to meet the groom who may not have already in a more intimate setting than the wedding.

Note:  A great tutorial on making a “bow-quet” can be found here.

Should there be games, and if so, what?

Most people either love or hate Bridal Shower games.  My suggestion is considering the bride or even talking to her to see what she thinks.  While sometimes games can be a great way to break the ice if some guests do not know each other but in other situations, it can make strangers feel uncomfortable.  The key is to consider the guest-of-honor because you want people to enjoy themselves.

Is there a Special Way Gifts Should be Handled?

While gifts are not required, the majority of people know to bring a gift for the guest-of-honor.  Usually by the time the bridal shower is being planned, the bride should already be registered for her wedding so including a line on the invitation with registry information is actually OK in this situation.  Often times, guests actually appreciate having some idea what gift to purchase with the registry.  Of course, if you are throwing a bridal shower with a theme, you may instead provide some recommendation based on that theme such as lingerie or a kitchen theme.

What Theme Should Be Used for the Bridal Shower?

Speaking of themes, there aren’t too many rules when selecting a theme.  The key is to consider the bride-to-be.  Does she have a certain interest that could be turned into a fun theme? The one thing I don’t recommend is using the same theme as the wedding.  Remember, the wedding is the main event and you don’t want to take away from or ruin the surprise of anything from the wedding.   Looking for theme ideas?  I’ve got a post coming up all about ideas for fun Bridal Shower themes!

Should there Be a Hostess Gift? 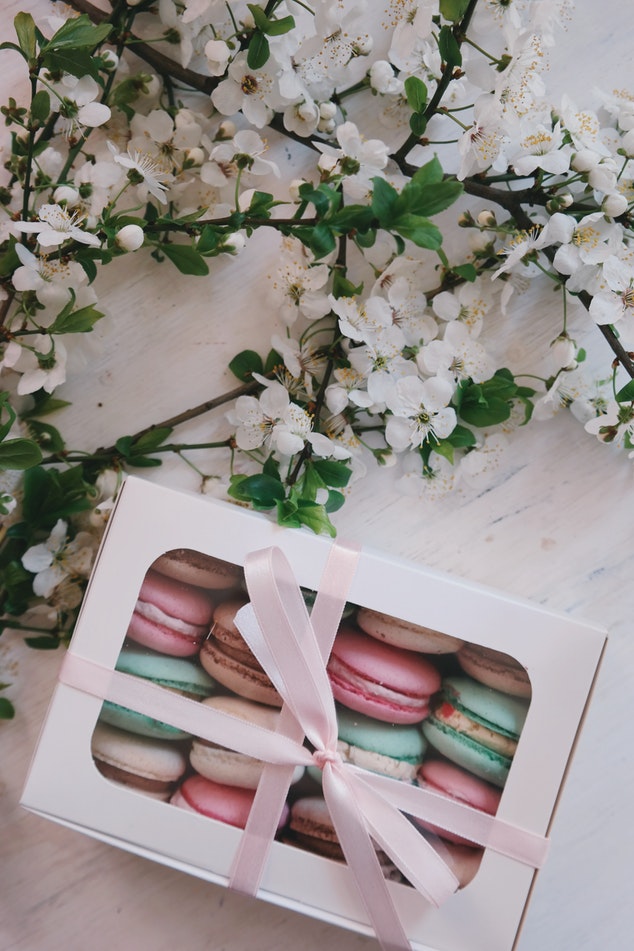 Obviously if you are the hostess of the Bridal Shower you wont be giving yourself a gift…or maybe you deserve one.  Hosting an event like this is quite a commitment by in time and financially.  As the bride-to-be it is perfectly acceptable to provide the host with a hand-written thank you note but I suggest going a step further with a gift that shows your appreciation for all their hard work.  Consider a gift box of specialty food items or luxury spa items.  Or send her and her significant other on a date night with tickets to a show or sporting event.  The host put a lot into making your shower perfect, now show her how much you appreciate that effort.

So now you have all of it.  From the Who, What, When, Where to gifts, games and more.  Do you still have questions?  Let us know.  Have more great tips to add?  Let us know that too!

Tips & Resources for all the Festivities Before the Big Day 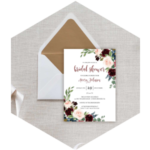 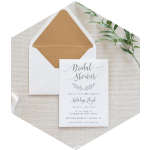 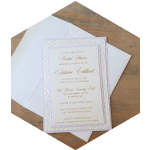 Planning a bridal shower seems easy enough but just in case you missed something, we’re giving you our exclusive planning checklist.

Whether you like tradition or charting your own path, there are still a few dos and don’ts to follow when planning and hosting a bridal shower.

10 Tips for Planning a Bridal Shower on a Budget

Planning a bridal shower isn’t difficult but mistakes can be costly and costs can get out of control so following our simple 10 tips helps keep everything in line. 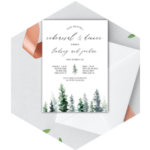 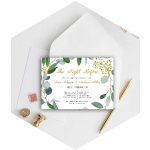 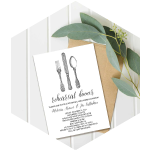 6 Tips for Saving Money on Your Rehearsal Dinner

Weddings are expensive and the rehearsal dinner can sneak up on you after you’ve blown your budget on everything else.  We are sharing our favorite money saving tips so the rehearsal doesn’t stress you out.

You want your rehearsal to be memorable and enjoyable for those you hold most dear.  Find our favorite tips for planning the perfect rehearsal dinner for those you love the most.

Who to Invite to Your Rehearsal Dinner

Sure the wedding party and parents are invited but do you know who else should be invited or if those out-of-town guests need to be included?

We are no longer accepting in-person appointments.