Pardon the mess.  Big changes are in progress!

Today kicks off a brand new series here at Raspberry Creative and it’s all about wedding stationery etiquette.  In this series, I hope to cover all the topics to help you create the perfect wedding stationery package, without any stress and free of costly mistakes.

To start our Etiquette Series, today I want to talk all about the most common grammar mistakes when it comes to wedding invitations.  Before we get into the specifics, let me say just one thing.

Just because you see samples online of an invitation worded a certain way, that doesn’t make it correct.

I’ll be repeating that statement several times throughout this series.  Now, let’s get on to today’s topic, grammar. 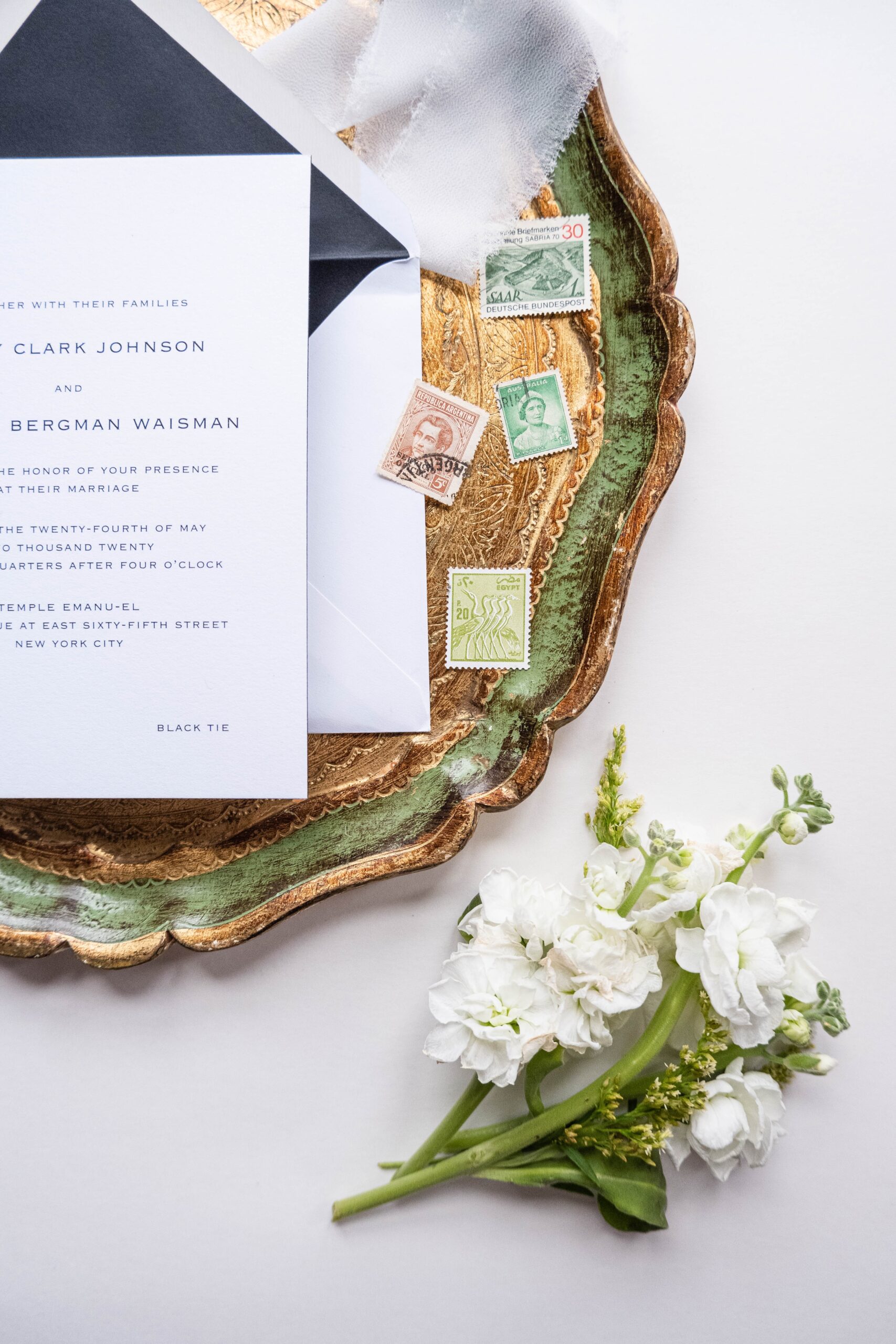 When I look back to my middle and high school years, I can so clearly remember all of my English teachers.  I’m not sure why.  I didn’t necessarily enjoy English but I realize now that what they were teaching was SO important to our adult lives.  I wish I had taken it more seriously.

I’ve gotten more and more lazy over the years and I’m definitely FAR from perfect.  I overuse commas, I write run-on sentences far too often, and yet there are still things that drive me insane when it comes to grammar.  Things like misusing words (there, their, they’re), people using “seen” instead of “saw”.  I could go on and on.

Because it’s easy to make these mistakes, I thought today would be a good day to kick this series off with some really helpful information.  The list I’ve compiled today of common grammar mistakes are ones I see the most often.

Spelling out your Wedding Year

RSVP stands for the French phrase “repondez, s’il vous plait” which literally in English means “respond, if you please” or more simply “please reply”.  So, if you have a sentence on your response card that says something like “please RSVP by October 1st” it is redundant and doesn’t make sense.

Honor vs. Honour or Favor vs. Favour

Referring to a Block of Rooms at a Hotel

For the majority of couples, if they have an accommodations card or details card, they are providing hotel accommodation information to their guests in the form of a list of hotels with a block of rooms set aside for their wedding.  In just about every situation, a sentence similar to “A block of rooms has been reserved for our wedding.”  It is proper to use HAS vs. the word “HAVE” because you are referring to the single block, not multiple rooms.

A few other common misspellings…

Generally, for your ceremony, you walk down an aisle, not an isle.  An “aisle” is a passageway between rows of seats that is found in churches, airplanes, auditoriums, etc. An “isle” is a small island. 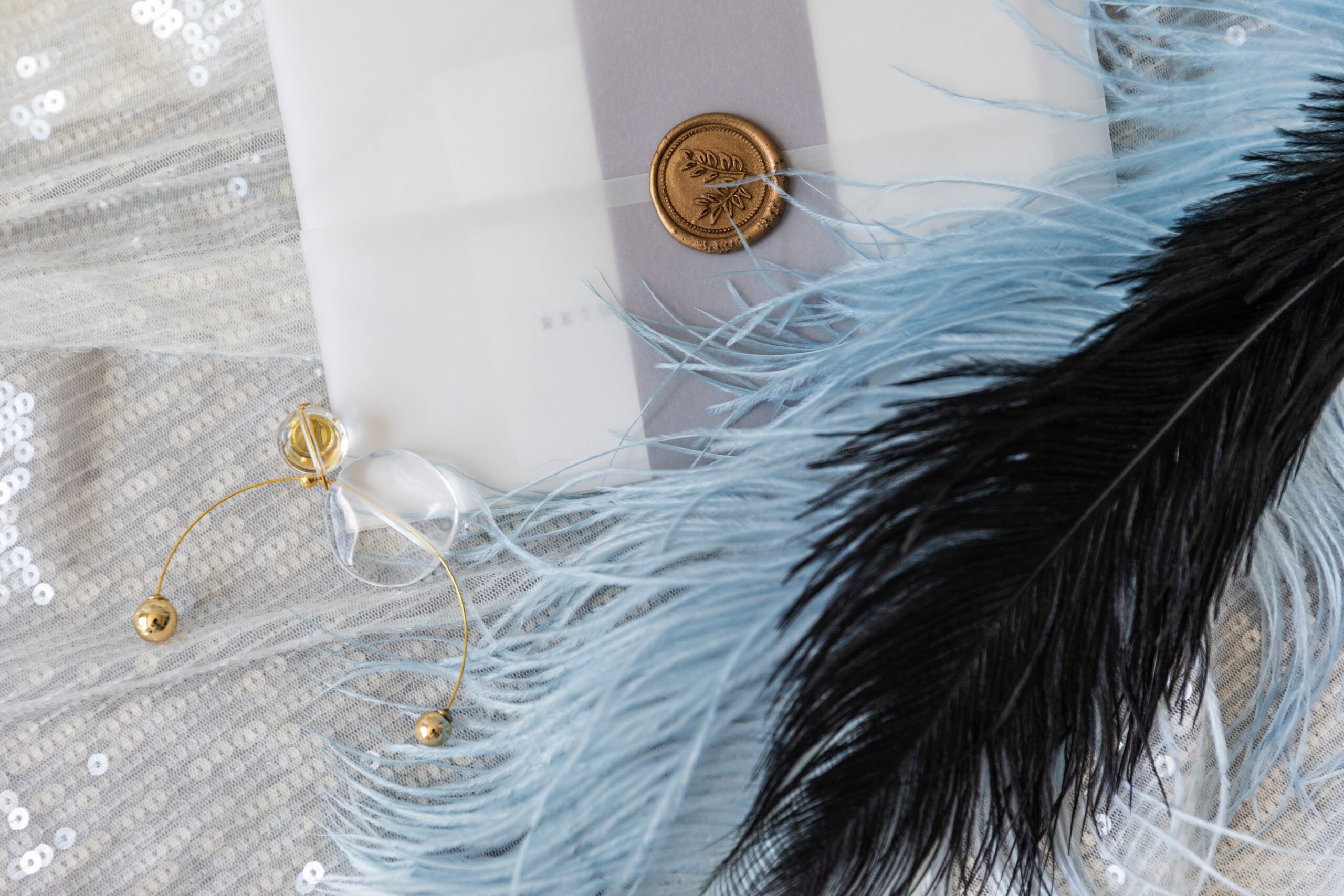 Have more wedding stationery etiquette questions?  Leave a comment below. 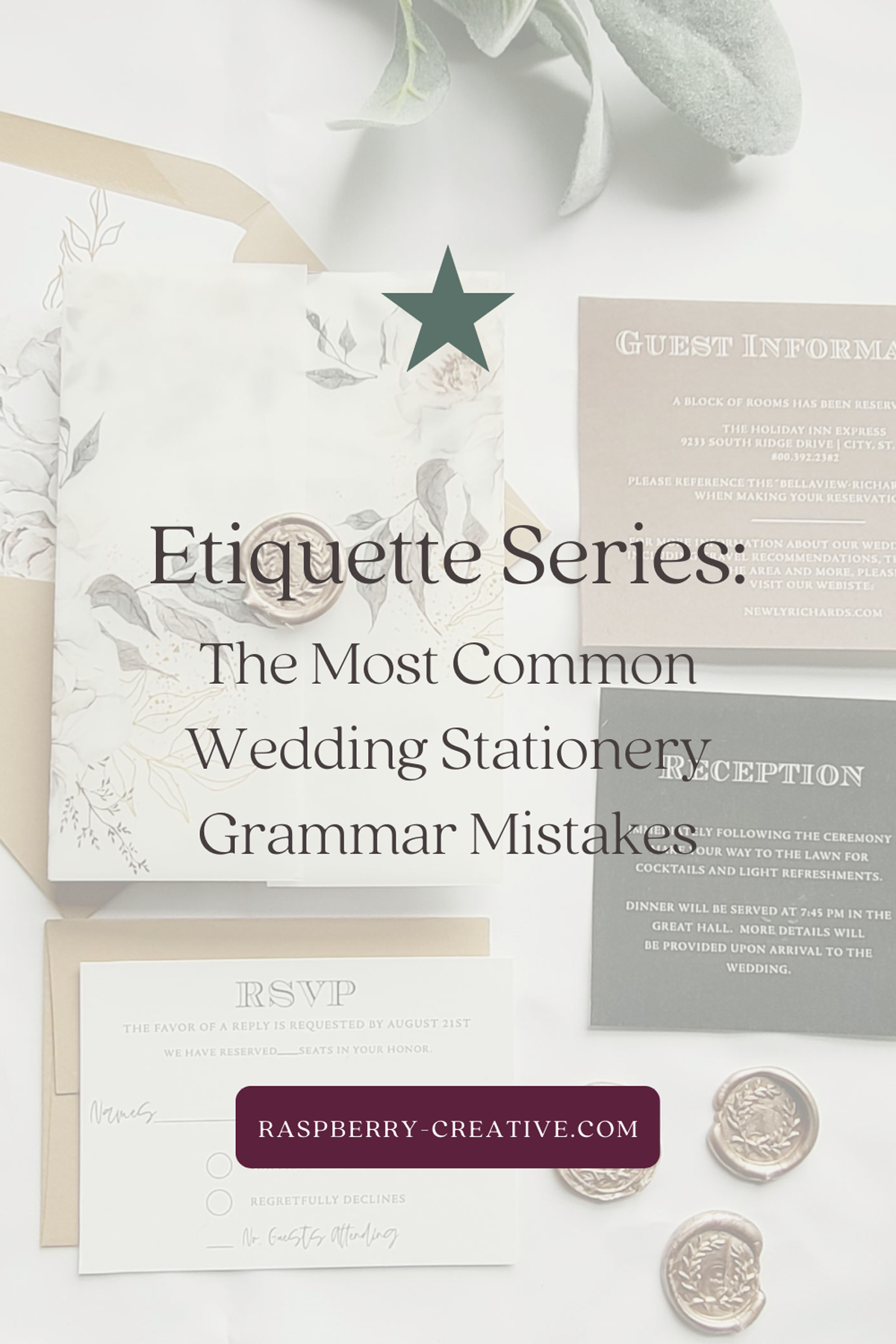 Previous Post: « Your Wedding Stationery:  What can be included?
Next Post: Wedding Collection Feature: The Annabelle Suite »

We are not currently scheduling
in-person appointments.